Working (out) in Ethiopia

“No problem!” My Ethiopian colleague smiled encouragingly. He had just welcomed me to the medical centre of Gondar University, in the north of Ethiopia, where I was to give a training. Then he showed me the computer room I was expected to use. I looked at the dodgy PCs and felt slightly concerned. The training’s e-learning tools were developed in the UK with the best intentions but not quite the same system requirements as in Africa. “What if we get a blackout?” I asked him. “We have a generator,” my colleague replied. “No problem!”

I work for the Geneva Foundation for Medical Education and Research, a non-profit organization focusing on sexual and reproductive health. My colleagues and I provide health professionals in developing countries with trainings and help them conduct and publish their research. We often work together with other organizations and institutions. In Ethiopia, I represented my NGO as well as Oxford University. I was expected to gather health professionals, facilitate a digital training on a certain complication of pregnancy and reward the participants with a certificate.

There proved to be a few challenges. More people showed up than had inscribed for the trainings so there were not enough PCs available. Internet slowed down or halted completely. Plan B was to hand out CDs with the course material. But many computers lacked the software required for the training’s complicated graphs. Or the CD was not compatible with the brand-new Macintosh computers that had been donated by a well-wisher. Or passwords to allow updates were missing. Wireless keyboards and mice that didn’t match proved another problem. During my visit to Ethiopia, I became accustomed to running around in hot, stuffy computer rooms, explaining the course here, pointing out the proper side of a CD there and updating software everywhere. As soon as I had everything up and running, a blackout would mess things up. And generators never worked.

After the last training I sank to the floor. My Ethiopian colleague stooped over me. “That went really well,” he said casually. I nodded, panting and wiping the sweat of my brow. He shook his head. “Crazy Dutch girl.”

Having arrived at the temple Spouse and I went to see in rural Gujarat, the biggest local attraction proved to be… us. 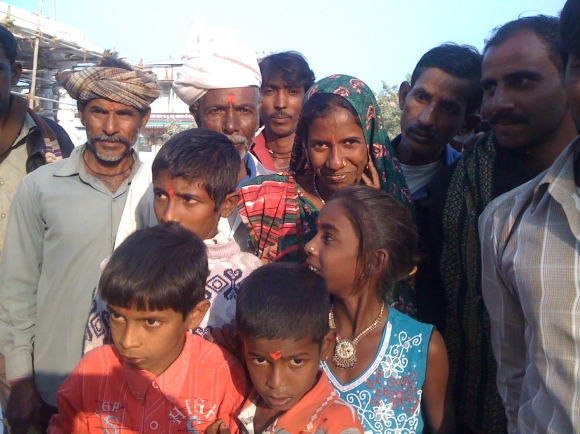 I went to India to buy Love-in-Tokyo. In a country of over a billion people, having a simple purpose seemed a good idea.

To say that India is intense is an understatement. It has a fascinating history, stunning architecture, colorful textiles, noisy transport, smelly spices, dubious snacks, scruffy street dogs and of course all kinds of people. I bought bangles from a Tibetan refugee, was blessed by a hijra, a transgender, and discussed Saint Nicolas on an elephant with a Dutch family from Delhi.

So much to see, so little time. Our journey started in Delhi and lead southwards to Bharatpur, Agra, Jaipur, Jodhpur, Zainabad, Ahmedabad and Mumbai. We traveled mostly by train, which is said to be The Quintessential Indian Experience. We were stowed away on bunk beds far from the window, which was too small and dirty to see the landscape. We discovered that Indian trains can run seven hours late. On several occasions, the toilet of our first-class compartment had overflowed. I had just read about exactly the same circumstances in Gandhi’s 1917 book Third class in Indian Railways. At least, now that India is developing, shit affects all classes equally.

It’s a country of extremes. We wandered from the Delhi slums to the most expensive, colonial-style hotel for high tea. Not far from the crowded Taj Mahal we visited Keoladeo National Park, a peaceful paradise for ornithologists. I saw a Hindu funeral cheerfully headed by a brass band. I drank the most delicious lassie that made me incredibly sick. I found consistency too, like in the bobbing heads, bossy bureaucrats and ingenious ways of transport. Throughout India, fashion was dominated by traditional saris for women and glittery slipovers with earmuffs for men.

I had not yet scored the type of hair band known as Love-in-Tokyo when a customs officer stopped me on my way out of the country. He looked at my passport. “Great name,” he said. Then he wanted to know my occupation and whether I had written a book. Slightly bewildered, I mentioned its title. “Ah,” he sighed, “great book”.

Who wants love in Tokyo if you can get such a compliment in Delhi? 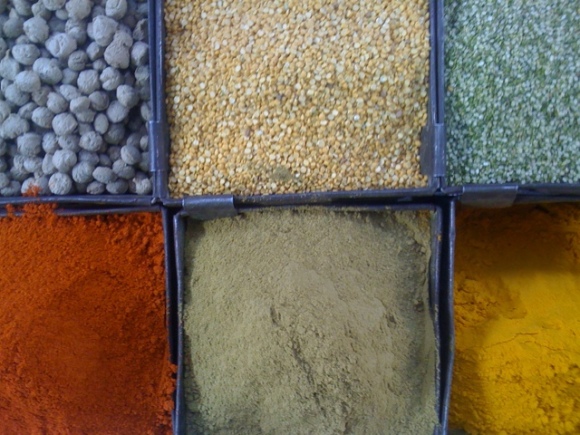 “Close your eyes!” I was sitting on the floor of the Galta Mandir, a temple in Jaipur dedicated to the monkeygod Hanuman. Raju, a twelve-year old selfappointed guide, sat beside me. He was showing me how to pray. He had also decided what we were praying for: a baby. As a woman of thirtysomething, Raju thought I must be in dire need of one.

Many westeners go to India for spiritual reasons. It’s not hard to distinguish them from the crowds of more prosaic tourists. The women often wear a sari, the supershawl ingeniously draped around the body. Searching men (fewer in numbers it seems) usually just sport dirty yoga pants. Some guidebooks say that wearing Indian-style clothes is a good thing, but it looks like mockery if it comes with distinctly unIndian behavior. I’ve seen baffled Indian families staring at a westener in a sari who was meditating in a crowded restaurant.

For me personally, spirituality couldn’t feel more remote than when in India. Temples and mosques are so low-key that even chickens and goats can enter. When I ask about religiosity, like the difference between a red and yellow bindi (the dot on a hindu’s forehead), people giggle and reply that they have no clue. Several hindus told me matter-of-factly that they pray to Krishna and Jesus alike. Indian spirituality comes accross as eclectic, colorful and very relaxed and not at all as providing easy enlightement and straightforward solutions to all your problems. So do these searching westeners find more here than a huge bill for their meditation and yoga classes, I wonder?

In the temple, our prayer had finished in a few seconds. “Now you give money to the holy man,” commanded Raju, pointing to an impatient gentleman dressed in orange. Apparantly, ten rupies or fifteen eurocents didn’t just buy me the goodwill of Hanuman but also some fruit from the holy man. I doubt the Indian gods will fedex me a baby, but at least I had a banana when I left the temple.